In AutoDev, you are controlling an impartial and objective detail detector, rather than a subjective and hard to control (especially in the highlights) bezier/spline curve. 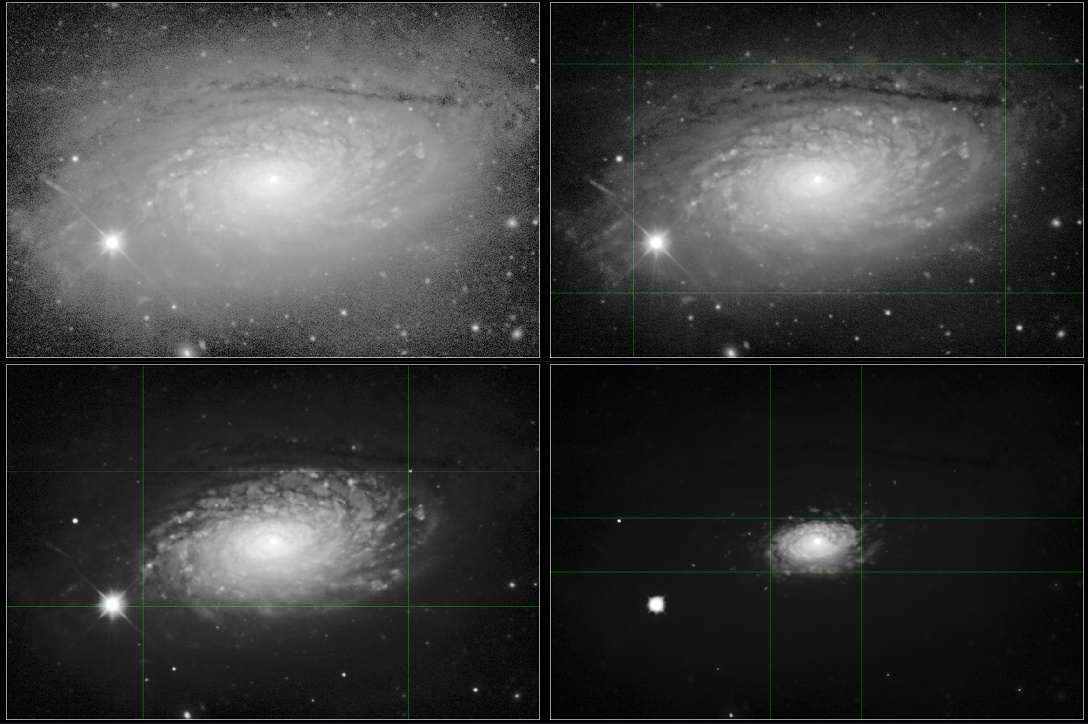 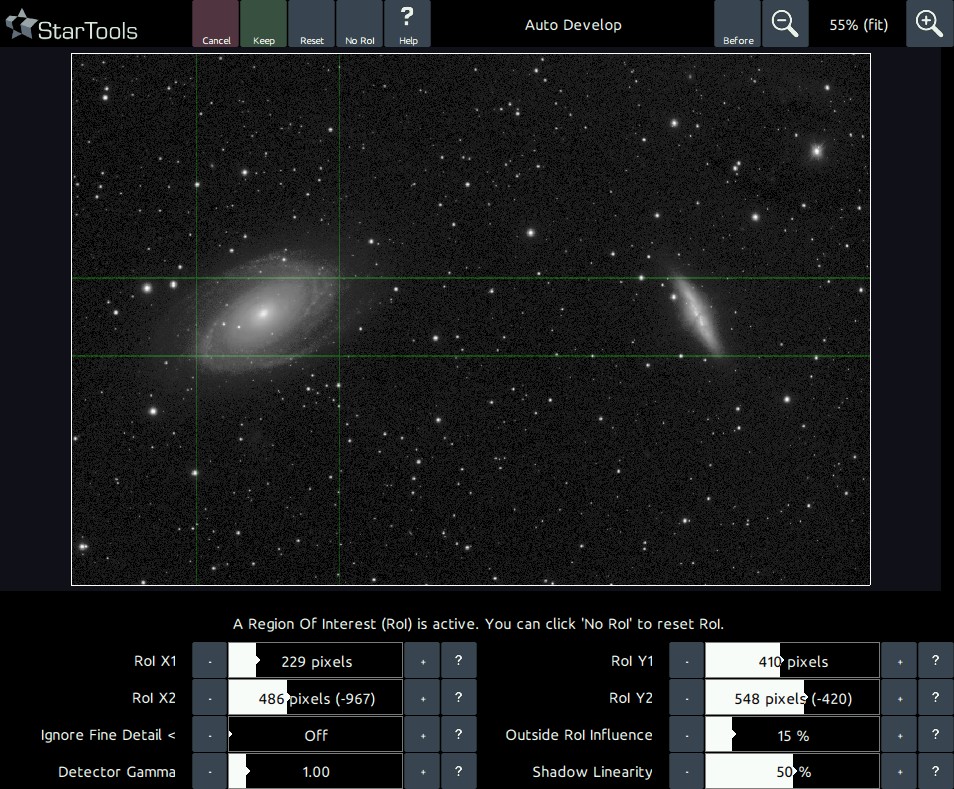 When you have two objects of interest in your image, choose the one that exhibits the widest dynamic range continuum (magnitude 6.9 M81 in this case).

Choosing the RoI in case of multiple objects of interest

All the RoI needs, is the best possible example of the dynamic range problem it should be solving for. Therefore, you should always give an example that has the widest dynamic range (e.g. has features that run from most dark to most bright). For example, when using AutoDev for the M81 / M82 galaxy pair, it is recommended you choose M81 (a brighter magnitude 6.9) as your RoI and not M82 (with a dimmer magnitude of 8.4).

In the above example, should you use M82 rather than M81 as a reference for the RoI, then you will notice M81's core brightening a lot and any detail contained therein being much harder to see. Of course, under no circumstances will the M81 core over-expose completely; a minute amount of dynamic range will always be allocated to it thanks to the 'Outside RoI' Influence parameter (possibly unless set to 0). 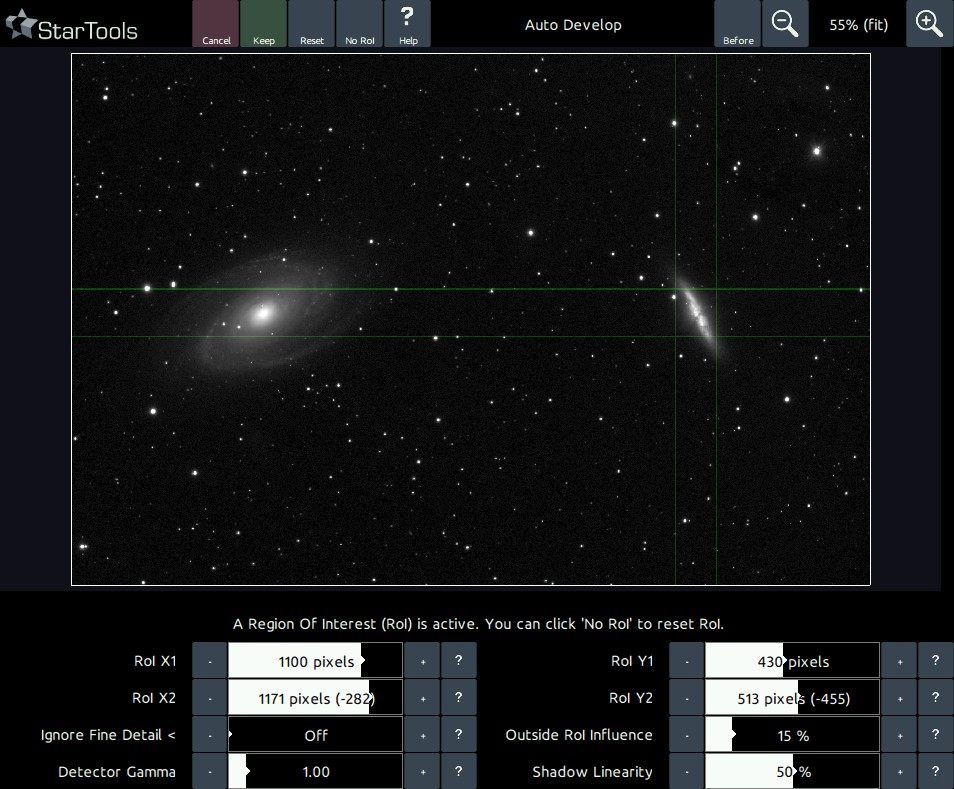 Choosing an object that is not representative of the dynamic range continuum of all objects, will result in some objects having their shadows or highlights "squashed" (as can be seen in M81) as they are "not of interest", and therefore will only be allocated a very small amount of dynamic range.

The purpose of AutoDev is to give you the most optimal global starting point, ready for enhancement and refinement with modules on a more local level. Always keep in the back of your mind that you can use local detail restoration modules such as the Contrast, HDR and Sharp modules to locally bring out detail. Astrophotography deals with enormous differences in brightness; many objects are their own light source and can range from incredibly bright to incredibly dim. Most astrophotographers strive to show as many interesting astronomical details as possible. StarTools offers you various tools that put you in absolute, objective control over managing these enormous differences in brightness, to the benefit of your viewers.