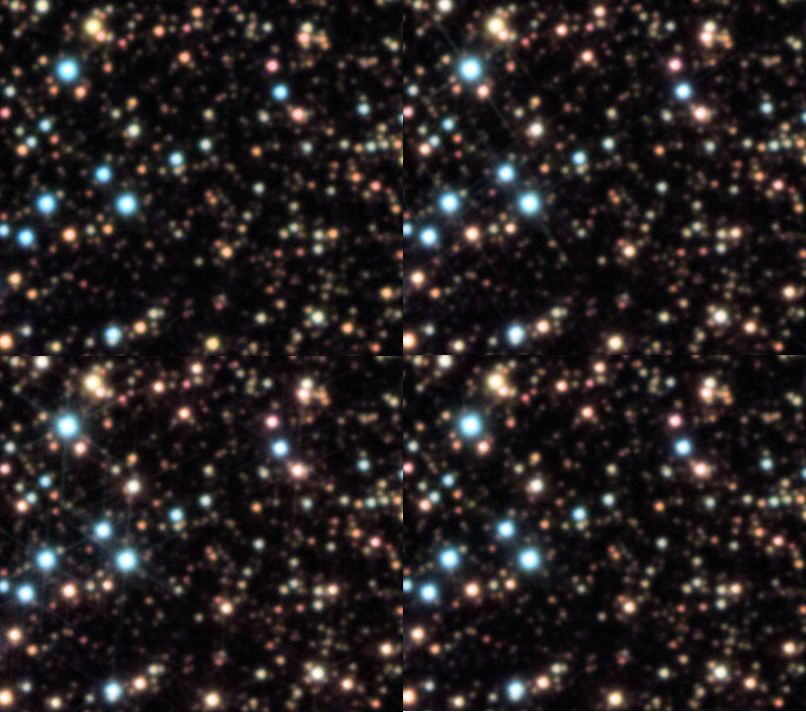 Diffraction partterns are not painted on; they can be quite subtle.

The Synth module generates physically correct diffraction and diffusion of point lights (such as stars) in your image, based on a virtual telescope model.

Besides correcting and enhancing the appearance of point lights (such as stars), the Synth module may even be 'abused' for aesthetic purposes to endow stars with diffraction spikes where they originally had none. It is worth noting that any other tools on the market today simply approximate the visual likeness of such star spikes and 'paint' them on. However the Synth module can physically model and emulate most real optical systems and configurations to obtain a desired result.

While synthetic PSF augmentation has since been used on Hubble data by the Hubble Heritage team, please note that the use of this module on your images falls outside of the realm of documentary photography and should preferably noted when publishing your image.

StarTools / Synth is also available as