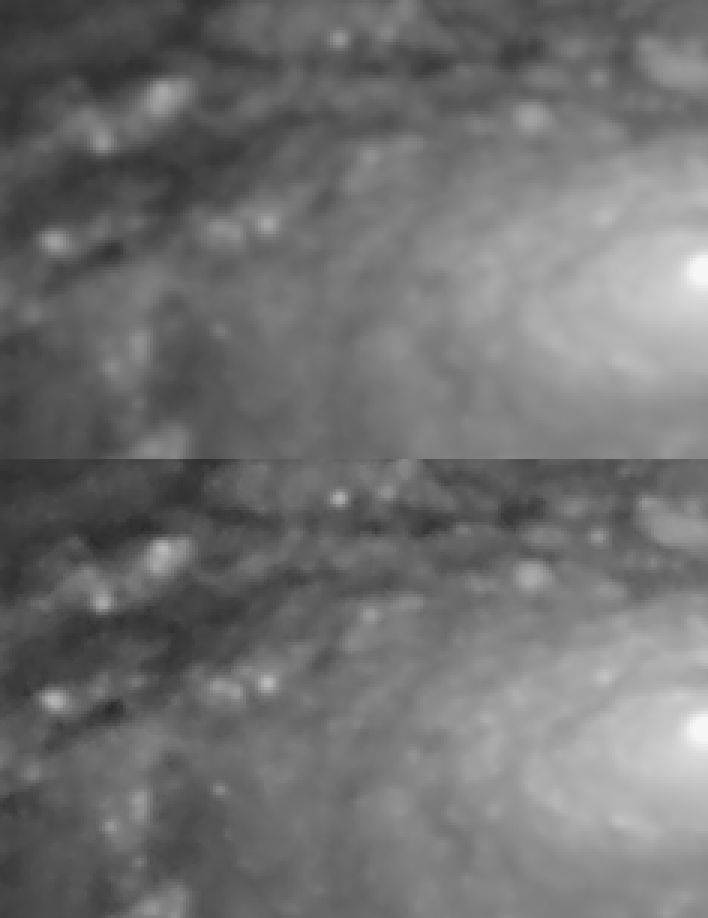 Flux sharpening by self similarity.

The one-of-a-kind algorithm pin-points features in the image by looking for natural recurring fractal patterns that make up a DSO, such as gas flows and filaments. Once the algorithm has determined where these features are, it then is able to modify or augment them. 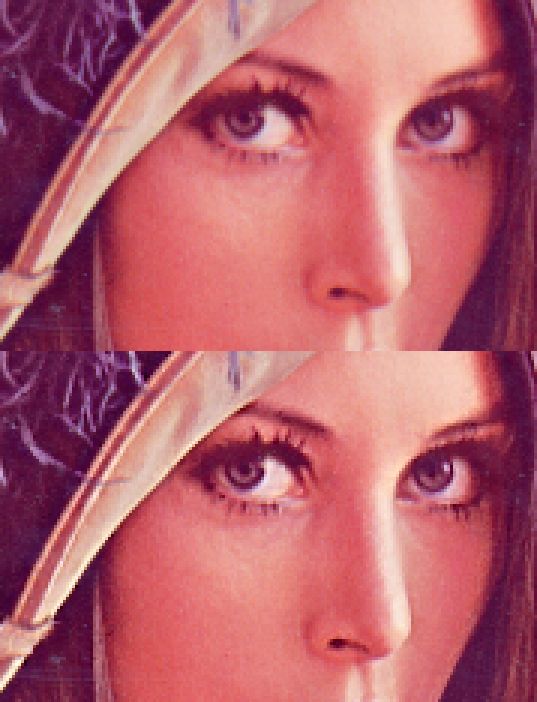 Flux Sharpening by self-similarity feature detection. Only areas that are deemed recurring detail are sharpened.

Knowing which features probably represent real DSO detail, the Fractal Flux is an effective de-noiser, sharpener (even for noisy images) and detail augmenter.

Detail augmentation through flux prediction can plausibly predict missing detail in seeing-limited data, introducing detail into an image that was not actually recorded but whose presence in the DSO can be inferred from its surroundings and gas flow characteristics. The detail introduced can be regarded as an educated guess.

StarTools / Flux is also available as